While pondering a portable antenna the other night, I decided I wanted to build such a beast with parts that were staring me in the face!  It was partly an antenna in theory with material creativity mixed in.  The antenna was not designed to be a permanent outside antenna, since the materials in my apartment were not designed for that.

For folks that have limited space and possibly a picky XYL who does not want some large monstrosity  of an antenna or big tower sticking up in the yard, this multi-band antenna may be just what they are looking for.  Well, to those people I say don’t panic, at least not yet.  Being a relatively new Ham, my junk box is rather limited, but even with that restriction, I found a way of using some parts I had around the shack along with some ingenuity to build this multi-band antenna fed with open wire line.

With an open wire line fed antenna, the antenna does not need to be resonant, unlike a coax-fed dipole.  Typically the antenna performs well when it is close to a ½ wavelength total length at the lowest frequency band of operation.  As you go higher in frequency the antenna exhibits gain at the expense of directivity.  With low dipoles, the directivity is not an issue. With any open wire line fed dipole, you will need a balanced antenna tuner to match it to the 50 ohm output of one’s transceiver.

This antenna was made with 12AWG wire, 6 BIC pens, a bag of zip ties, a plastic hanger and some wire cutters.  Each leg of the antenna is about 25’, give or take 3 feet. The center insulator was made from a coat hanger that was modified.  The antenna is fed with about 12’ of balanced ladder line. The ladder line was made with the same 12AWG wire as the dipole.  For spacers I cut the BIC pens into about 1.5 in pieces after removing the ink and tips.

Zip ties hold the wires to the spacers.  The feed line is soldered to the dipole with heat shrink for protection.  With the quick use of a lighter, in a well vented area, I was able to melt the hanger back onto the piece used for the center insulator.  This allows the antenna to be hung on branches, rope, or anything you can get the hanger around.  For the end insulators I used yellow clips I got from my work designed to hold gloves.  They are strong and the wire can be wrapped around these to affix to any anchor points.  Rope may be attached to the end points for getting the antenna up higher in the air.  Any plastic clip or specific insulator will work as long as the dye used in the plastic is non-conductive at RF frequencies. 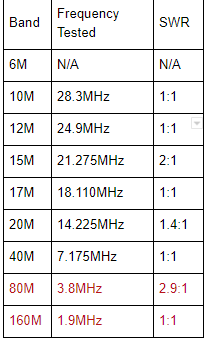 Even though the antenna shows a low SWR on 80 and 160 meters, the antenna performance will be very low on those bands due to the very short electrical length of the radiating element.

Operating frequencies in red are not suggested to be used with this antenna as its currently designed.

All testing was done with the MFJ 962D and Icom IC-720. My IC-720 does not do six meters so I was unable to test that band. The frequencies used were selected due to the limitations of my General ClassLicense. The two bands that I consider not usable are 80M and 160 meters based on its electrical length and not the SWR values.  The Antenna was placed on a 13ft aluminum light pole.  Try to keep the open wire line from any metal objects.  The dipole legs were also only about 6-10 feet off the ground.  So for the cost of a family trip to McDonald’s you can have a small, portable multi-band antenna for 40M thru 10M.

I’m going to assume you have wire cutters, a lighter, plastic hanger. This makes the total cost at the time of writing to $25.92

Now you don’t have an excuse not to get on the bands and operate! 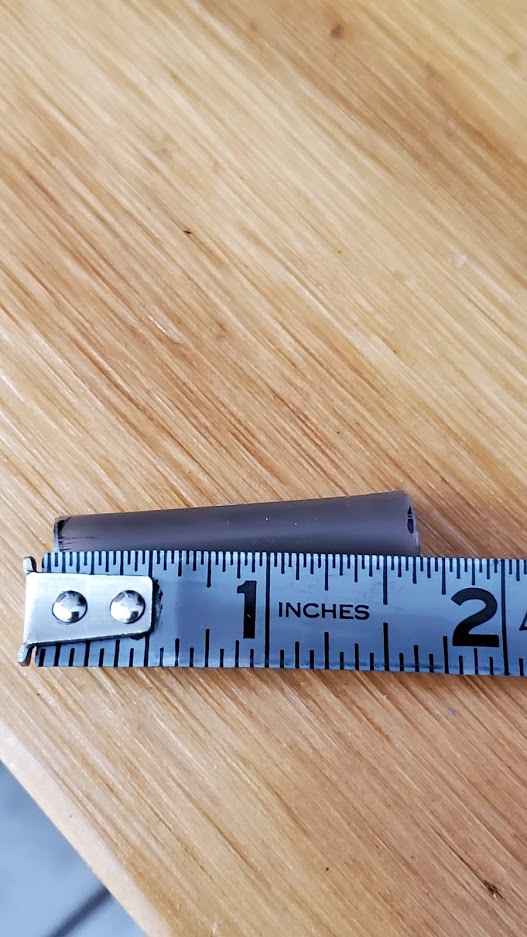 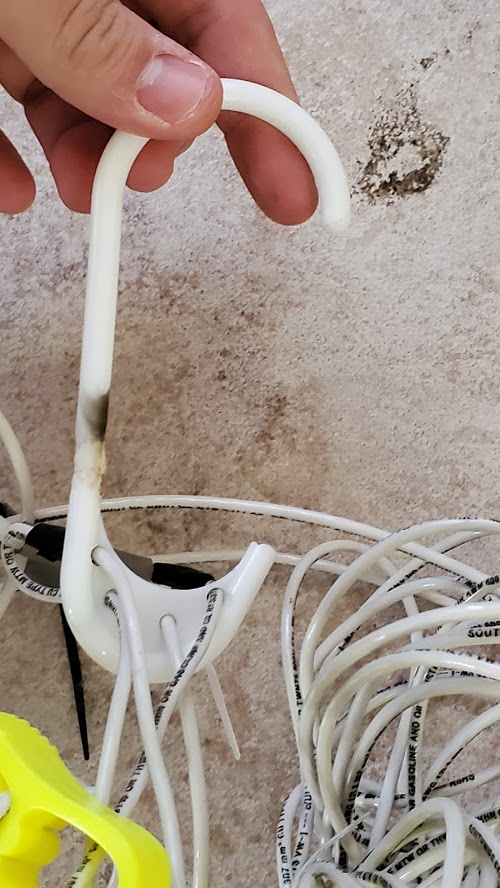 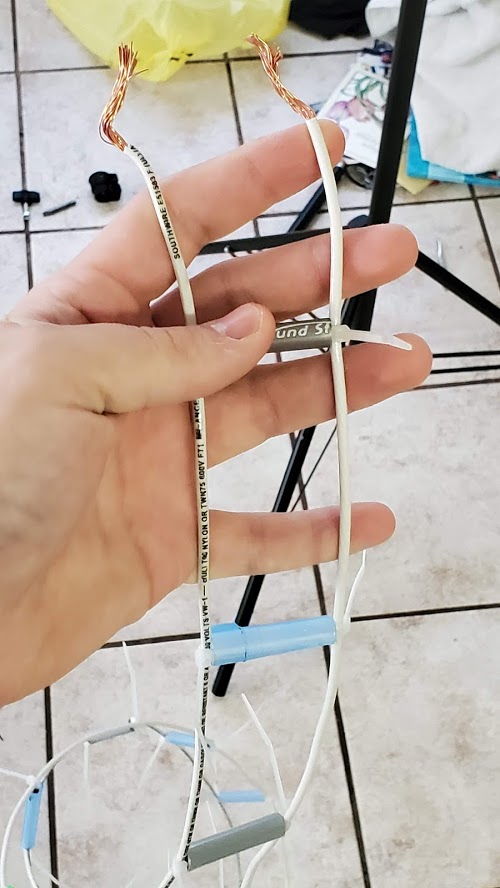 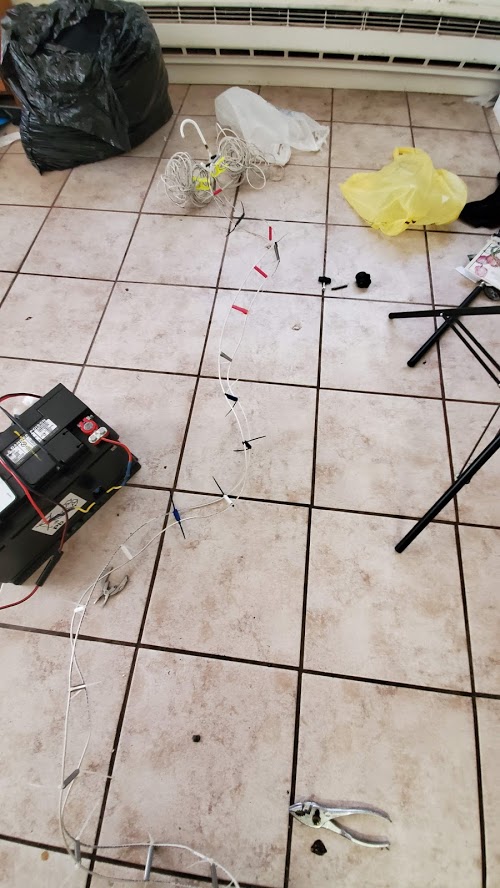 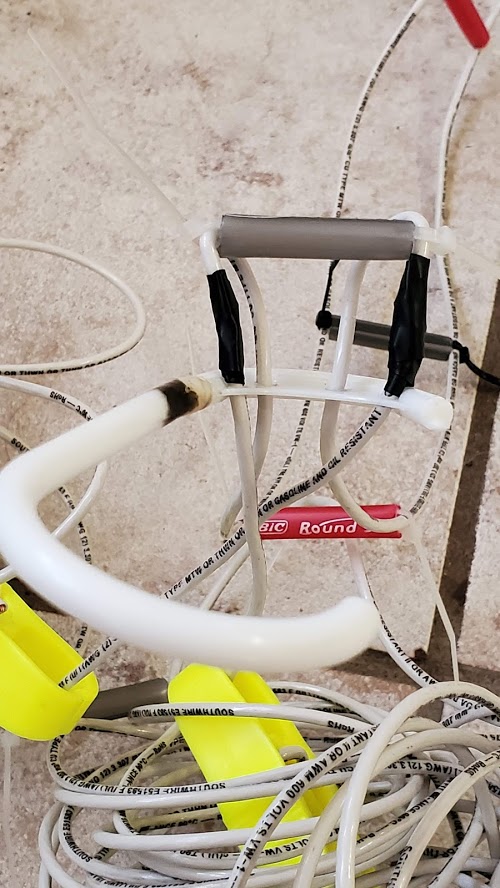 One thought on “Cheap Portable Multi-band Antenna by K3DZM”

This site uses Akismet to reduce spam. Learn how your comment data is processed.